Five Strange Places to Visit in the USA 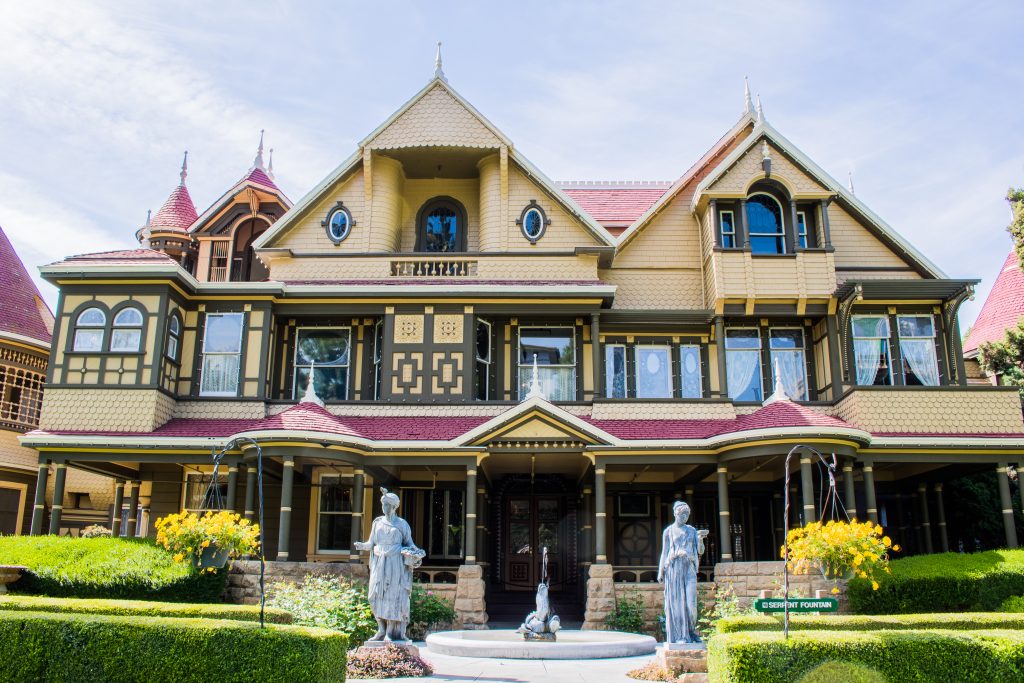 Five Strange Places to Visit in the USA

More often the unconventional and simple things in life provide the most interesting and amazing experiences while you are on a luxury travel.

The United States is a large country with thousands of things to do and see. Most foreign and local tourists who are on a holiday often stick to the major, traditional, and world-famous tourist attractions in the USA, such as the Empire State Building, Statue of Liberty, Disneyland, and the Grand Canyon to name a few.

If, however, you want to have a unique adventure and travel experience while visiting the United States, there are some strange, outlandish, unusual, bizarre, and offbeat places to visit. Some of these places have become popular tourist attractions and others were created by people for their own personal interests.

Here are five of the strange places you can visit in the USA and you can have included in your travel package.

The Winchester Mystery House, known, at the time it was constructed, simply as the Sarah Winchester’s House. This building is situated on a sprawling lot in San Jose, California. This home is one of the most unique destinations in California and probably in the USA.  The home consists of:

After the death of her husband and child, Sarah Winchester began to add peculiar architectural features such as secret passageways, twisting hallways, and doors that lead to nowhere. Many believe that she did so to ward off ghosts. It is also believed that the mansion has a history of mystery, and tragedy and add to that, the presence of some ghosts.

On the outside, the Winchester Mystery House looks cheerful. Folklore, however, says that when her husband died of tuberculosis in 1881, Sarah was so overcome with grief that she called on a spiritualist so she could communicate with her husband, or at the very least, make contact with him.

Through the male medium, Sarah’s husband William) was contacted and he (the husband) warned her of vengeful ghosts that were out to get her. He told her to protect herself by building a home for her protection. The medium advised Sarah that she should continue building because if she stopped, she would die.

Sarah purchased an 8-room farmhouse in San Jose, California and employed carpenters who would continuously build 7/24 for 38 years.

The Winchester Mystery House officially became a landmark on August 7, 1974. This amazing mansion is owned by the family who bought it from the Winchester Estate in 1922 for $150,000. The identities of the owners are also one of the mysteries of this mansion.

The Winchester Mystery House referred to as one of the most haunted places in the US, has special tours every Friday13th and also on Halloween. It has become one of the best destinations for those who want to experience a paranormal encounter.

The favorite spot for these paranormal activities is the 3rd-floor corridors where tour guides have claimed to hear disembodied voices whispering their names and some footsteps that they cannot explain.

2. Cockroach Hall of Fame and Museum

The Cockroach Hall of Fame and Museum in Plano, Texas is a great source of fun for many tourists – who are not afraid of bugs.

Visitors to this museum will see live cockroaches dressed up as famous people; dead cockroaches, and fun poses of cockroaches. It also houses famous insects – some of which you haven’t even heard of.

Some of the famous displays include the happy remains of Elvis Roach, Norman Roachwell, and Liberoache ! Sure, it’s a play on the names of famous people but it gets more than a little weird – if you like that kind of thing!

Michael Bohdan, the museum owner, says that after 30 years of being in the extermination business, he has a collection of bugs in all shapes and sizes.  His collection is sandwiched between sheets of glass.

Michael Bohdan’s collection started when in 1986 he attempted to promote his extermination by business by offering to pay $1,000 to anyone who brought him the biggest cockroach. The local media loved his promo and a local newspaper and TV stations featured him with his $1,000 cockroach.

Bohdan says the Cockroach Hall of Fame and Museum gets about 6,000 visitors every year which other than cockroaches also has live animal traps. It is located at 2231-B W. 15th St. in Plano, Texas and is open Mondays through Fridays from noon to 5 pm and on Sundays from noon to 3 pm

Boldhan continues to be an exterminator attacking bugs wherever they are in the homes of Dallas. He also acts as a tour guide to this world-renowned museum of bugs and cockroaches. On the side, he advises on pest control while showing his bug collection.

Petersburg Borough is the most recently created county equivalent in the USA.  It is situated in Alaska; and according to the Census Bureau, the population is approximately 3221 in this place in Alaska.

The Natural Rock Face in Petersburg Census area in Alaska is an unusual stone formation resembling a face profile naturally formed out of rocks. The rock face is framed in the background by the fascinating Sumdum Glacier.

The Natural Rock Face is not an easy destination to reach but if you are passing through the Southern Alaska area, it is a completely free tourist attraction to see. This rock formation shows the unique ways of the world – a delightful little art experiment by Mother Nature herself.

The Unclaimed Baggage Centre today is a 40,000 square foot shop divided into four sections and a 4,000 square feet store for other items. It has developed strong relationships with airlines and transportation companies allowing him to purchase baggage that remains unclaimed after 90 days.

The Unclaimed Baggage Centre is open to everyone who wants to shop. The Centre comes with a store map to help you move around. It also has a Café.

Brenda Cantrell, UBC’s brand ambassador estimates that the Centre has over one million items for sale at any given time. Referred to as “The Lost Luggage Capital of the World,” over one million shoppers visit the Unclaimed Baggage Centre from all over the world every year.

The Mutter Museum in Philadelphia, Pennsylvania is a medical museum containing a collection of wax models, pathological and anatomical specimens, and vintage medical equipment. If you have a fondness for all things bones and skulls, you cannot let yourself miss up on this great visitation opportunity.

This museum, which is part of The College of Physicians of Philadelphia, consists of collections of Dr. Thomas Mütter. It started with Dr. Thomas Mütter’s $30,000 donation and 1,700 objects. Today, it houses over 25,000 specimens.

Looking like a creepy clinic full of skeletons in all shapes and sizes. The Mutter Museum also houses the jaw of President Grover Cleveland; plus, all kinds of preserved organs, and jars of deformed babies.

Examine the permanent and special exhibits including the Suffering Spirits: Injury, Death, the Broken Bodies, and Healing in Civil War Philadelphia.

Paying real tribute to Dr. Thomas Mütter, one of the most respected, humane, and talented surgeons in history; the Museum could be mistaken to be a mad scientist’s game room!

They say ‘forewarned is forearmed’ and, the Museum aptly warns its visitors with a tagline on its website saying that they are aware of the fact that the Mütter Museum displays horrifying specimens; but it ensures visitors walk away more educated than when they arrived. The tagline says “Are You Ready to Be Disturbingly Informed?” They could have said ‘frightened to death’, or ‘sick to the stomach’ which all would have been appropriate. At least no visitors can say they weren’t cautioned!